Open Letter: Residents' behaviour is the solution to coyote concerns 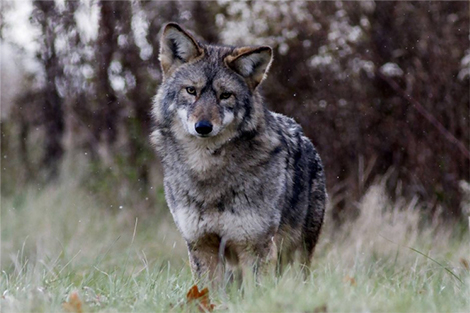 The presence of coyotes and conflict with wildlife can often lead to distress and concern from residents, but it is vital that the cause of changing behaviour is accurately identified and addressed. Posts on social media forwarded to our organizations indicate that, in some areas of Burlington, coyotes may be acting in a defensive manner around dens, pups, or resources. Direct or indirect feeding of these coyotes could also cause them to show greater proximity tolerance with people and pets, and display assertive behaviours.

This is not the fault of the coyotes, as they are simply responding to the environment that we’ve affected. Additionally, this behaviour can be reversed and prevented through the implementation of procedures to investigate conflict, feeding by-laws (with enforcement), hazing programs, and other education. Municipalities surrounding Burlington, such as Oakville, Niagara Falls, and London, are working with various stakeholders to develop or continue implementing such plans with significant success.

Attempting to manage the coyotes through population control or lethal means will not only fail, but could increase conflict. Ongoing research across North America has shown that coyotes will reproduce in higher rates when persecuted, and that following such control actions, populations and conflict return. Additionally, by not addressing the source of the conflict – the actions of people and their impact on the environment – any other coyote will adapt in the same way to the same circumstance. Co-existence is the most efficient, economical, and ethical long-term solution to preventing conflict.

Coyote Watch Canada, The Fur-Bearers and other area non-profits would be thrilled to work with the residents and City of Burlington to develop such programs, but they will fail if the city does not create and enforce laws, and the community does not participate by identifying feeders, attractants, and accurately reporting information.

Please remember that animals want the same thing we all do – a safe place to raise a happy family. By taking simple steps to co-exist, we can make that reality for us all. Learn more about wildlife co-existence at CoyoteWatchCanada.com and TheFurBearers.com.

We look forward to hearing from you.