Experiences with the Song Dogs of Grasslands National Park 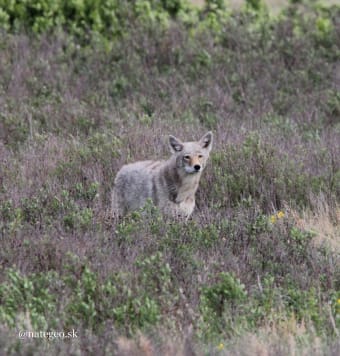 I had quite the experience with a Plains Coyote during one of my many camping trips to Grasslands National Park this summer. When the sun goes down the park truly becomes theirs and a chorus of coyotes can be heard loud and clear from the Frenchman Valley Campground. The arid region just north of the Canada-US border is bustling with life, with the top predator of the park being the wiley Plains Coyote. When small game such as Black Tailed Prairie Dogs and Richardson’s Ground Squirrels are plentiful, coyotes can most often be found hunting alone. Contrary to popular belief, coyotes will not hunt as a group unless conditions force them to target larger prey, such as deer. The most common encounter that hikers, hunters, and farmers will have with Coyotes involves a brief sighting, with the Coyote high tailing it out of the area as soon as they catch sight of a human. Though this coyote in particular had quite the personality and stuck around, barking, yipping and howling at me as I passed through their territory!

I was on an early morning solo hike through the Broken Hills Trail at Grasslands National Park when I spotted a reddish-grey shape running through the dry grasses of the park’s rolling hills. I had just come over a rise when the little song dog spotted my conspicuous clothing and decided to put some quick distance between us. After seeing her bushy tail disappear behind the hilly terrain, I thought the encounter had ended, but the little coyote decided to stick around! After a few moments, their inquisitive little canid face poked over the ridge that she had disappeared behind, inspecting me for any signs of my presence being a threat. Soon after the coyote reappeared, she started vocalizing at me, and even decided to follow along for quite a while, nearly 2km when it was all said and done! Barking is a defensive behaviour the coyote employs when they feel threatened, or when they have something in the area they wish to protect. Most likely this individual had a den in the area and wanted to watch me on my way to confirm that I was leaving the area and to make sure I was not a danger to their offspring. The persistence of their barks ensured that I was well aware of their presence, and the distance the two of us maintained over our interaction ensured that I did not stress the coyote out any more than I already had by walking through their home. 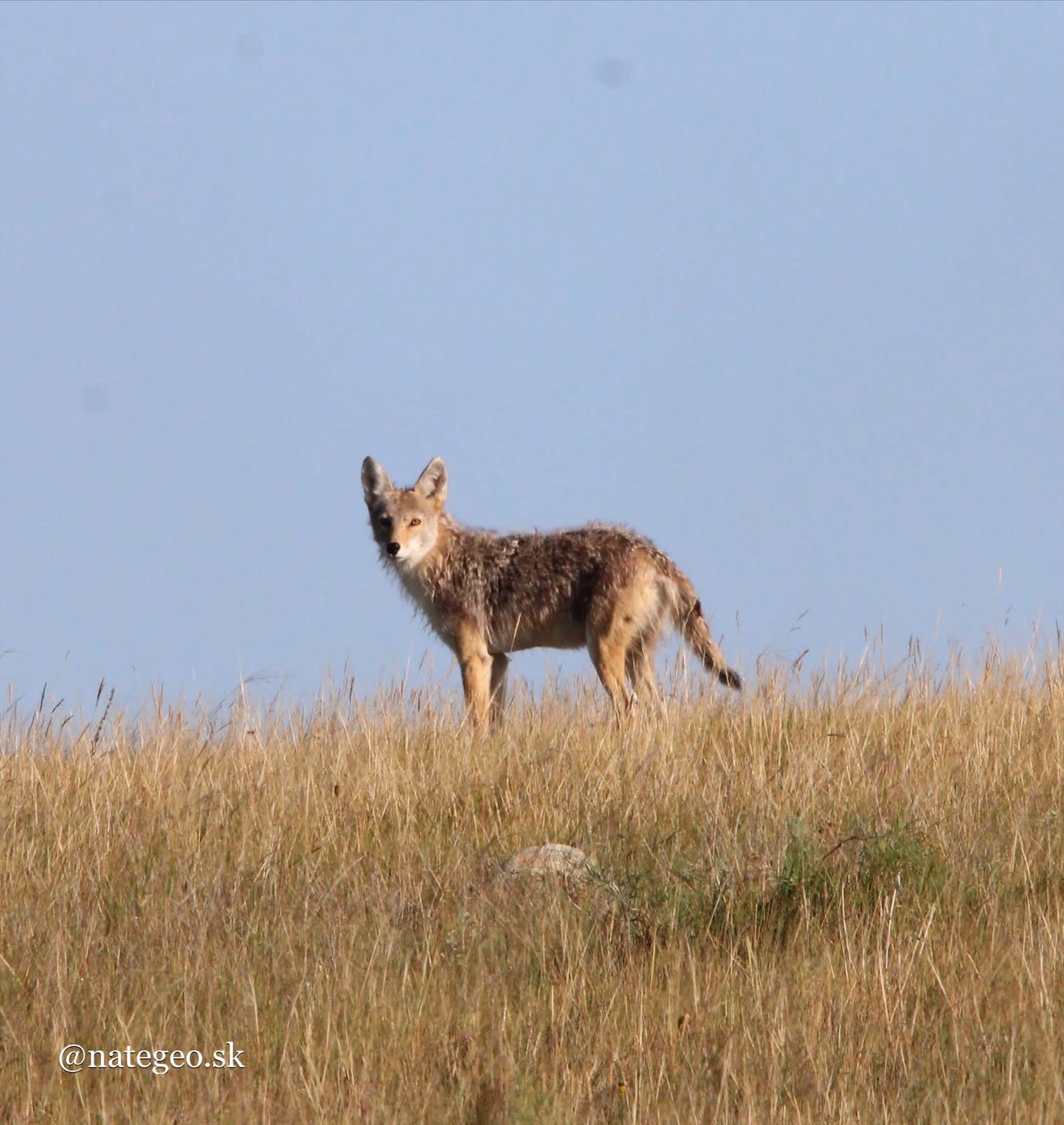 I was so excited to share my experience with everyone around me, but was disappointed when nearly everyone replied with some variation of “Oh, she must have thought you were lunch!” or otherwise voiced how nervous they would be in such a situation, which made me realize just how little the general public knows about these amazing creatures! People are often afraid of Coyotes because it is so easy to overestimate their size. After showing a few photos to friends, I had them guess how big a coyote was just by sight. With guesses ranging from 70 to 120 pounds, it’s easy to see how their thick coat and long legs can deceive the eye! A coyote in Western Canada only weighs between 18-45 pounds, and they are extremely wary of humans.

Before this unique encounter, I’ve had quite a few coyote encounters this year and not one has made me nervous or afraid, since a coyote would much rather steer clear of people. Every sighting I’ve had has consisted of a single coyote, the boldest of which staring for a few moments before running off and out of sight, not showing the slightest interest in interacting with humans. These small canids can also provide the spectacular service of full-time sustainable rodent control - one of the benefits that is often ignored when considering these creatures’ presence and positive impact on the areas they inhabit.

I feel so lucky to have had the opportunity to observe these animals in an area where firearms are banned, and coyotes are not hunted as pests or for economic gain. This facilitated longer encounters and taught me a thing or two about these wonderful predators! One cool thing about coyotes that make them unique among all species is that when environmental pressures cause decline in coyote populations, which coyotes track and tally through their calls to one another, females release a hormone that makes them have litters numbering in the high teens! This offers a bit of an explanation as to why, despite humans actively trying to exterminate coyote populations for over a century, the coyote has persisted and even thrived in the modern age!

Nathan was born and raised in Regina, SK. He started wildlife photography last year compelled to go beyond just watching wildlife documentaries. Nathan was driven to experience the wild side of Saskatchewan for himself.

DesertUSA. (2020). Everything You Should Know about Coyotes. Retrieved August 05, 2020, from https://www.desertusa.com/animals/coyote.html