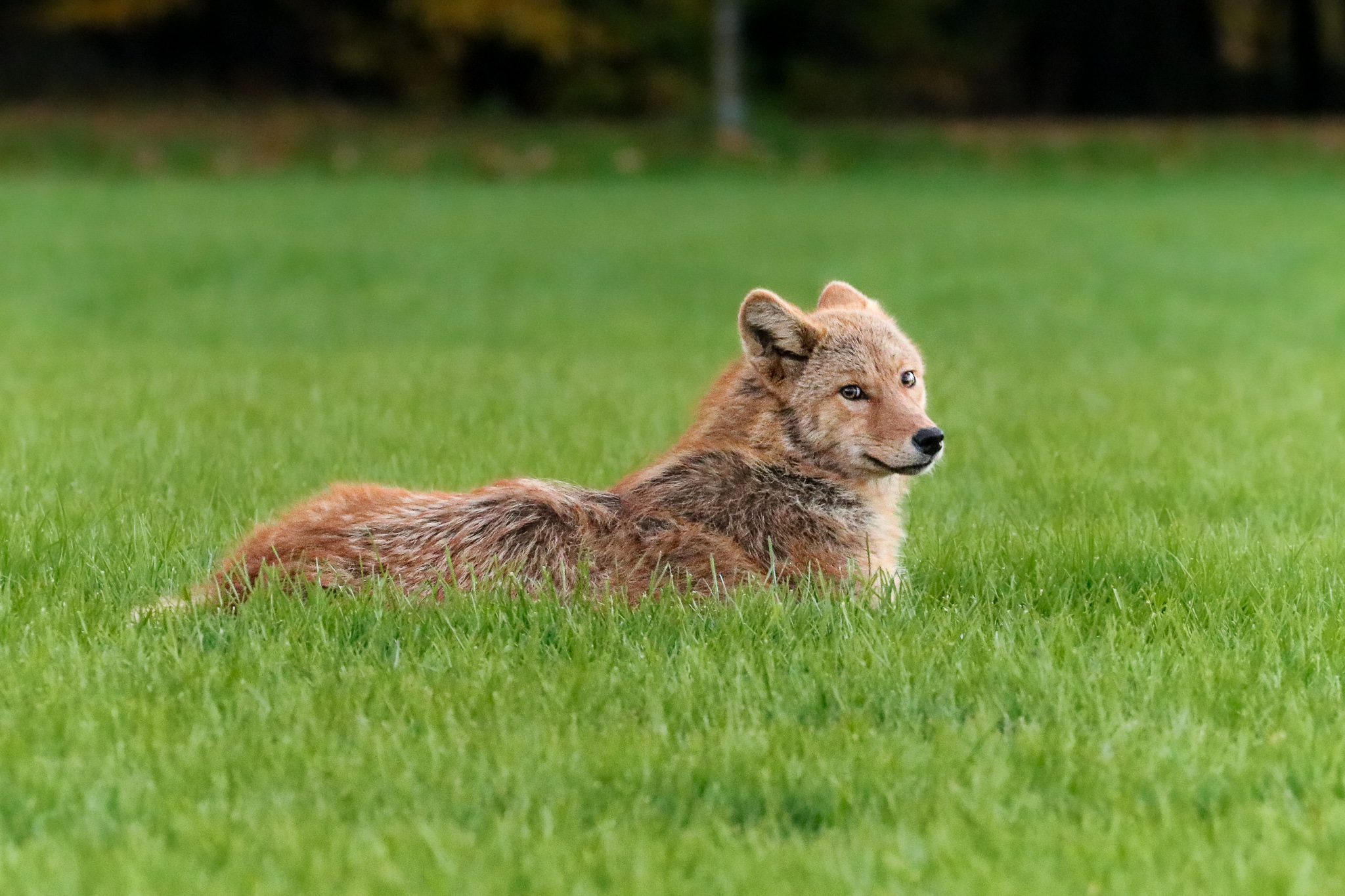 If we wrote out a list of the most misunderstood animals in Canada, coyotes would be near the top.

It seems like every time there’s a negative interaction between a coyote and a person or pet, it makes headlines.  What doesn’t make the news?  The peaceful coexistence that takes place between coyotes and humans across the country every day. In bustling cities, quiet suburbs and rural communities. Our presence has impacted nearly every aspect of coyote life. The way they hunt, den, raise their young. Human activity - our hobbies, cars, pets, parks, homes - have daily effects on the way coyotes make their way through the world.  They continue to adapt and blend into this ever-changing and unfamiliar urban landscape thrust upon them.

And even as they live their wild lives all around us, we rarely notice their presence. Even as the line between our habitat and theirs continues to blur, we rarely see them when we’re out walking our dogs, coming home from a night out, spending weekends in the park, or lacing up our hiking boots to hit our favourite trail.  What else doesn’t make the news? The uneventful instances when our paths do cross. When we do share a moment with a wild coyote, before watching the animal quickly, quietly move on. During these special, rare encounters, it can feel like time stands still. We are briefly reminded that we’re sharing this space with one another. And in the blink of an eye, the moment is over, and the coyote slips back into its hybrid, urban-wild existence.


But perhaps the most newsworthy story of all is the fact that it’s us, the humans, and not coyotes who bear the weight of responsibility for the rare negative encounters we hear about in the media.  Earlier this month, a Toronto coyote was killed by police officers. This coyote was the animal suspected of biting two people in a city park. You’ve probably heard the story. It made the news.  The most important part of this story? It could have been avoided. Based on all accounts of the animal’s behaviour, it is widely believed by experts that this particular coyote was being fed by humans. Despite repeated pleas from officials not to feed wildlife. Despite ongoing efforts and education campaigns to make sure that, as a society, we know and do better.

Here’s the hard truth: when you feed wild animals, you seal their fate. You become directly responsible for outcomes like these.

You’ve probably seen examples of how feeding changes animal behaviour in your neighbourhood. Squirrels who have been so conditioned to associate humans with food, that they dash directly towards you (a natural predator) with no fear for their safety. Songbirds who perch on your outstretched hands in city parks. And coyotes, who approach people. Who, eventually, can bite. Who, eventually, are killed.  When we feed or leave out food for coyotes, we fundamentally change their natural behaviour. We teach them to associate us with meals. We invite and encourage them to feel more comfortable in close proximity to us, our pets, and our backyards.

Ultimately, it was our behaviour that ended a young coyote’s life this week.

The best way we can help coyotes this year? Don’t feed them. Don’t leave out food for them. Together, we can do better. We can avoid these tragedies. And we can continue to peacefully coexist with these beautiful animals.  If you’re compelled to take action, here are some extra steps you can take:

Help change our laws: If you’re in Toronto, complete the City of Toronto’s Animal Bylaw review to share your feedback on feeding wildlife by December 17th. Currently, there’s no law that prohibits feeding wildlife outside of city parks, and this needs to change for the safety of both humans and wildlife who call Toronto home.

Report feeding: If you see someone feeding or leaving out food for coyotes, report it immediately. In Toronto, you can report to 311.

Have conversations: Not every person who feeds wildlife understands the outcomes or has malicious intent. That’s why it’s so important to have conversations with friends, family, neighbours, even pals on social media. Every opportunity you take to have a conversation about coyote behaviour and the consequences of feeding helps us get one step closer towards a collective understanding of respecting and peacefully coexisting with our wild neighbours.


About the author:
Cari Siebrits is a wildlife enthusiast, writer and photographer living in Toronto. She’s passionate about conservation, ethical wildlife photography, hiking, and her rescue dog Lando. Find her on Instagram at: @csieb_captures