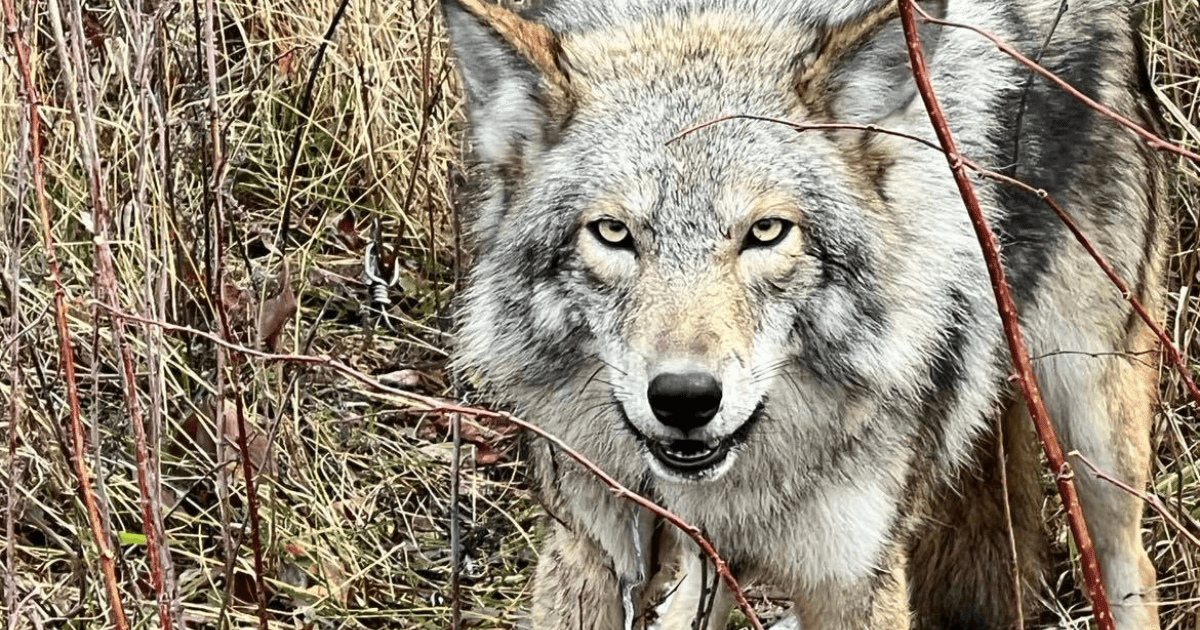 Coyote Watch Canada is encouraging Ottawa residents to reach out to their City Councillor and Mayor Mark Sutcliffe to end trapping and prioritize coexistence methods. You can click here to jump to a one-click action tool below. The following press release was sent to Ottawa-area media.

OTTAWA – A coyote found struggling against a neck snare in a popular National Capital Commission park puts people and pets at risk, and shows trapping is an inhumane way to manage negative encounters, says a non-profit.

Coyote Watch Canada, a federally incorporated non-profit, received the disturbing video and images from a field representative, who was looking for a coyote wandering with an unanchored leg-hold trap attached to them around McCarthy Woods. Multiple reports of this coyote were received.

“Our field rep came across the coyote less than 30 paces from the main trail, fighting and barking against a neck snare,” says Lesley Sampson, Executive Director of Coyote Watch Canada. “We have placed calls with the Ministry of Northern Development, Mines, Natural Resources and Forestry, the Ottawa Humane Society, and the National Capital Commission to try and get help for the coyote in the snare.”

Interfering with legally set traps is against the law, meaning that without authorization, attempting to assist the trapped coyote could have legal consequences.

Lethal removal of wildlife is not a solution to negative encounters or so-called habituation, particularly when anthropogenic food sources remain in place.

“There is clearly dumping of waste, overfilled containers, and potentially direct feeding occurring in the park, which will always draw animals and change their behaviour,” says Sampson. “Prioritizing an investigation into these issues, providing education and enforcement of existing by-laws, and encouraging residents to coexist using successful models will yield long-term results that allow a healthy ecosystem without putting anyone at risk from traps.”

McCarthy Woods is popular among dog walkers (often off-leash), and families with children, and has access points connecting it to McCarthy Park, the Hunt Club-Riverside Park Community Centre, and is near numerous schools.

“Our hope is that the City of Ottawa and the National Capital Commission will recognize the dangers created to all users of nature when traps are placed, and instead focus on preventative and mitigative measures that allow for successful, long-term coexistence,” says Sampson.