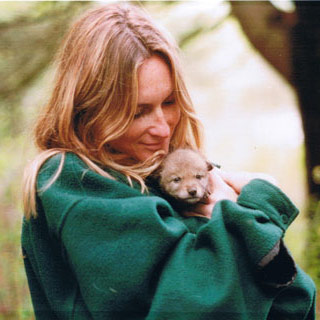 » Back to Our Team

Lesley, a graduate of Brock University with Honours, has worked as a certified Secondary Educator for the District School Board of Niagara, teaching geography, science, and tourism.

Her passion for teaching At-Risk and School to Work youth was celebrated in the mentorship programs that Lesley spearheaded for Student Literacy. She has received many awards recognizing her community and environmental initiatives along with her commitment to volunteerism throughout her career.

In 1997/98, while conducting her thesis involving the observation/movement analysis of canid pack behaviour, Lesley founded the Creekpark Coyote Education and Research Project to advocate coexistence between people and coyotes. Her project combined community education and sighting information methodology with a focus on investigating and preventing human-coyote conflicts. For nearly a decade, Lesley provided her expertise as a volunteer liaison conducting following up visits with residents and investigating coyote calls through the Ministry of Natural Resources.

As the co-founder of the not-for-profit organization in 2008, Coyote Watch Canada (CWC), Lesley also continues to develop a community science-based education model that emphasizes and fosters compassionate wildlife coexistence. CWC offers a 24-hour hotline that provides front-line community and coyote support. In 2010, CWC joined in partnership with the City of Niagara Falls to implement PAWS Program– Preservation, Awareness Wildlife Safety. Community members can now access a Digital Reporting Model on the city website.

Coyote sightings are mapped, and territory trends are tracked in conjunction with population dispersal patterns. Locations, where people have historically fed coyotes, are identified and monitored by Lesley and the Coyote Response Team Niagara and Community Outreach and Education representatives.

Through a successful partnership with the City of Niagara Falls, the very first feeding wildlife by-law for Eastern Canada was passed in April 2011. In May 2011, Lesley was awarded a film contract with Antas Productions as a field consultant for an educational documentary about the life cycle of coyotes. She is recognized by the City of Niagara Falls for her enthusiastic efforts to preserve and protect wildlife and for her public education promoting living in harmony with coyotes.

Today, Lesley is consulted by members of the public, nature organizations, animal services agencies, law enforcement, educational institutions, and other municipalities that are currently developing a Coyote Coexistence Plan. Lesley is the honoured recipient of the esteemed Volunteer Recognition Award by the Office of the Mayor in Niagara Falls, Ontario.