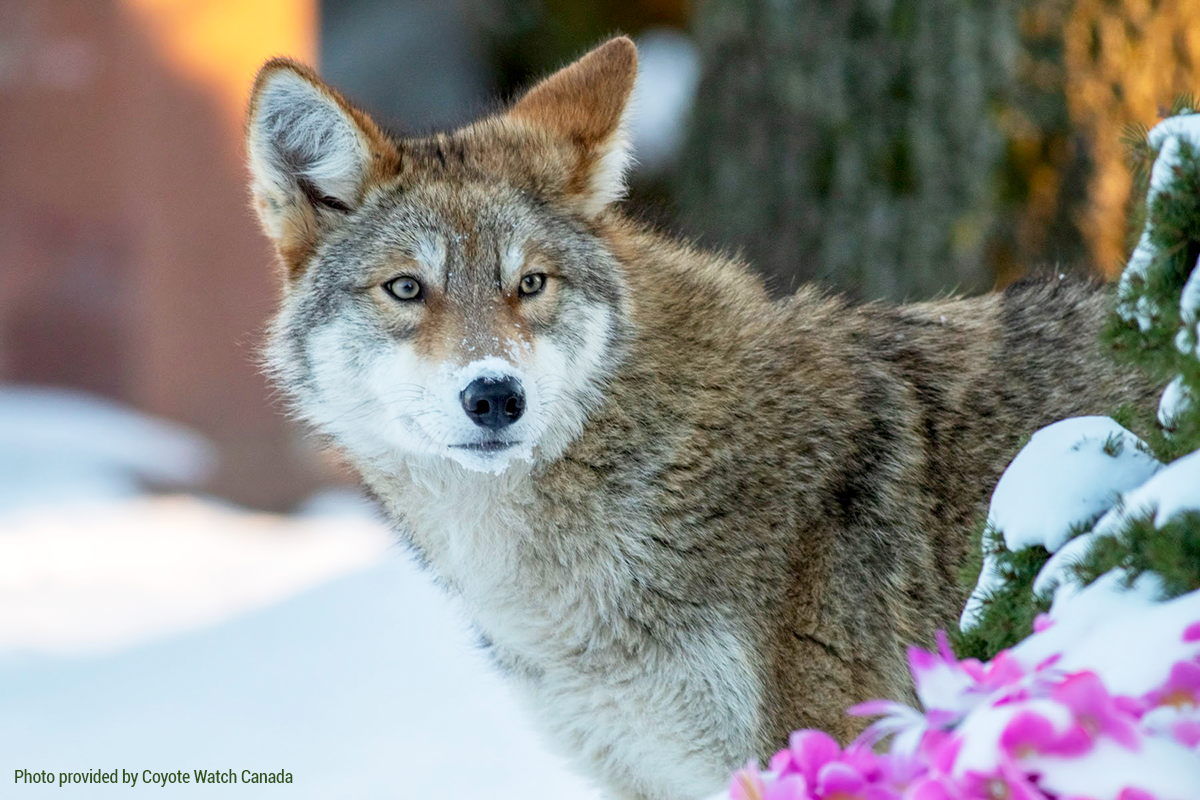 Animal Justice, The Fur-Bearers, and Coyote Watch Canada are suing the Ontario government over its decision to allow a coyote hunting contest to take place throughout the month of February. In a lawsuit filed in Superior Court on Thursday, the groups say the contest violates the Fish and Wildlife Conservation Act—a provincial law governing hunting, trapping, and fishing practices.

The law states that no person shall hunt “for gain or the expectation of gain”, “induce another person to hunt for gain”, or “pay or accept a bounty.” To engage in any of these activities, an individual or company needs a written authorization from the Minister of Northern Development, Mines, Natural Resources, and Forestry, which does not appear to have occurred.

Yet each year, Chesher’s Outdoor Store—a hunting shop located near Belleville, Ontario—holds a coyote hunting contest. As part of this year’s contest, the Store will award thousands of dollars in cash and prizes to contest participants for killing coyotes. Prizes will be awarded for the top five heaviest animals killed. There will also be five “hidden weight prizes” awarded to those who kill coyotes with certain weights chosen in advance of the contest and kept secret until the contest closes.

“Animal Justice and a number of other groups have repeatedly urged the Minister to comply with the Fish and Wildlife Conservation Act, but our efforts have been largely ignored,” said Kaitlyn Mitchell, staff lawyer with Animal Justice. “Because this cruel contest appears to be in direct contravention of Ontario’s hunting and conservation law, our groups have no option but to go to court. No one is above the law, and when governments violate laws designed to protect animals and ecosystems, they must be held to account.”

As a top predator, coyotes are a vital part of ecosystems throughout Canada. These smart, playful, and highly social animals can lawfully be hunted 365 days a year in much of Southern Ontario, without any reporting requirements and without restrictions on the number of animals killed.

“As a keystone species, the Eastern coyote is under the unabated threat of open season persecution in most of Ontario,” said Lesley Sampson, Executive Director of Coyote Watch Canada. “Killing contests flout sound science and ethical management, and disregard section 11 of the Fish and Wildlife Conservation Act. Wildlife is held in public trust for all Ontarians and must not be targeted for cash prizes and incentivized killing for fun and gain.”

For more than a year, animal and environmental protection groups have advocated against the coyote killing contest, which promotes the senseless killing of coyotes for sport. Despite repeated requests from concerned groups and individuals, as well as members of the media, neither the Minister nor the Store have indicated that written authorizations have been issued to the Store and contest participants as required by section 11 of the Act.

“Over 8,000 submissions calling for enforcement were sent to the Ministry following this issue becoming public,” said Michael Howie, spokesperson for The Fur-Bearers. “These concerned members of the public—and the media—deserve transparency and explanations from their government.”

In addition to risks to coyotes, coyote hunting contests such as this also pose a risk to Algonquin wolves—a threatened species of wolf who are nearly identical in appearance to coyotes. There are no geographic boundaries on the contest, and Algonquin wolf habitat includes areas in which coyotes are commonly hunted.

Animal Justice, The Fur-Bearers, and Coyote Watch Canada are represented by Kaitlyn Mitchell and Scott Tinney of Animal Justice, and Arden Beddoes of Beddoes Litigation.